Home
John WARMISHAM in Albania: "Lack of nationality is at the heart of many of the problems that Roma face in Europe"

John WARMISHAM in Albania: "Lack of nationality is at the heart of many of the problems that Roma face in Europe" 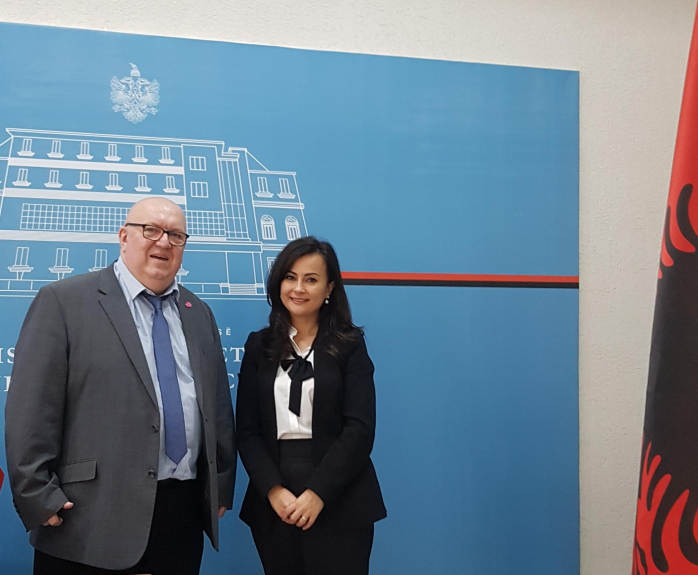 On 14 November 2018, Members of the Ad Hoc Committee of Experts on Roma and Traveller Issues (CAHROM) met in Tirana to discuss solutions in regard to the lack of identity documents and statelessness that many Roma face.

Congress spokesperson on Roma and Traveller issues, John WARMISHAM (UK, SOC), informed CAHROM of his recent visit to Albania, where he met with mayors to propose the setting up of an Albanian network of mayors for Roma Inclusion, which is meant to be officially installed in 2019.

He presented the network as a tool, which will allow mayors to approach problems connected to the absence of citizenship, he noted: "Access to citizenship is the decisive factor in order to get out of a vicious circle consisting of lack of housing, unemployment, discrimination in education and unbearable poverty. Our governance systems do not foresee the status of statelessness. If you don’t have an ID card, you don’t have an identity" Mr WARMISHAM also underlined that living without ID card and citizenship contributes to social exclusion and paves the way for illegal camps on public grounds, lack of access to infrastructure and the constant risk of forced eviction.

John WARMISHAM congratulated different levels of governance for taking the initiative to reform the legal framework for social housing, with the help of the Council of Europe. A new social housing law, which was recently adopted by the Albanian parliament, will significantly contribute to enhance Roma Inclusion in Albania.