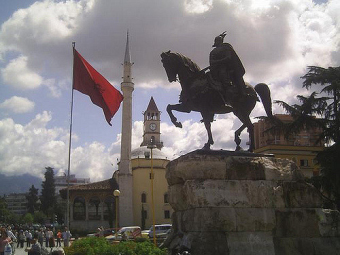 The Mayor of the Municipality of Korçë, Mr Sotiraq Filo, signed the Congress Declaration of Mayors and elected local and regional Representatives against anti-Gypsyism. Korçë is the 14th municipality in Albania that signed the Declaration.

The Declaration against anti-Gypsyism has so far been signed by 114 municipalities, cities and regions from 32 Council of Europe member states. Do you want your municipality or region to become one of them? Sign the Declaration here.