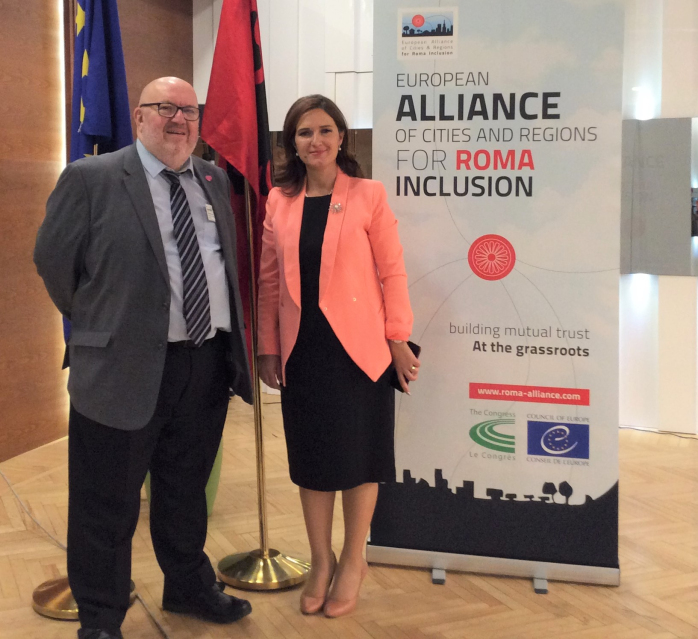 The Congress of Local and Regional Authorities of the Council of Europe is happy to announce that Congress member Miranda RIRA is taking over the position of Congress Spokesperson on Roma and Traveller Issues from John WARMISHAM.

Miranda RIRA serves as the Mayor of the Municipality of Prrenjas in Albania, the country's first municipality that signed the Declaration against anti-Gypsyism in 2018. She is also the initiator of an Albanian network of mayors for Roma Inclusion which held its first meeting in October 2018. Miranda RIRA is a member of the Congress of Local and Regional Authorities since 2015.

During the 35th Congress Session in November 2018 former Spokesperson John WARMISHAM was elected Vice President of the Local Chamber. He will continue his engagement for Roma issues as Vice President as well as as Congress Rapporteur on Roma Issues.