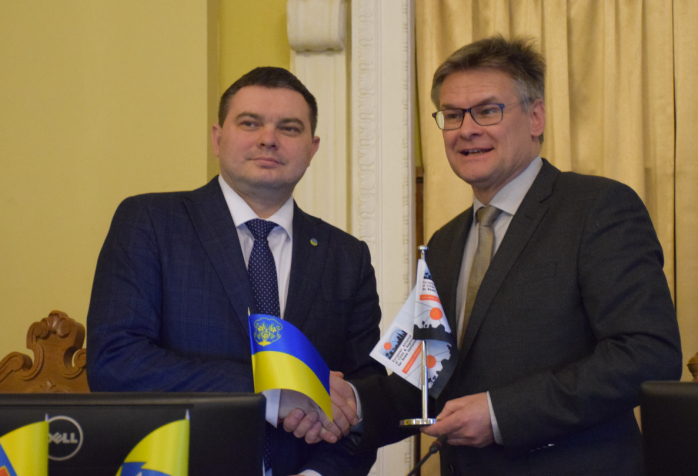 Oleksandr BYLAK (left) together with Thorsten AFFLERBACH, Head of the Roma and Travellers Division at the Council of Europe

During the meeting the Regional Councils of Rivne and Ivano-Frankivs'k and the District Council of Khust joined the Ukrainian Alliance as new members.

The Ukrainian Alliance of Cities and Regions for Roma Inclusion is the European Alliance’s local network of mayors and governors to promote Roma inclusion and fight anti-Gypsyism in Ukraine. It was established in 2017 and counts 12 members from all over Ukraine.