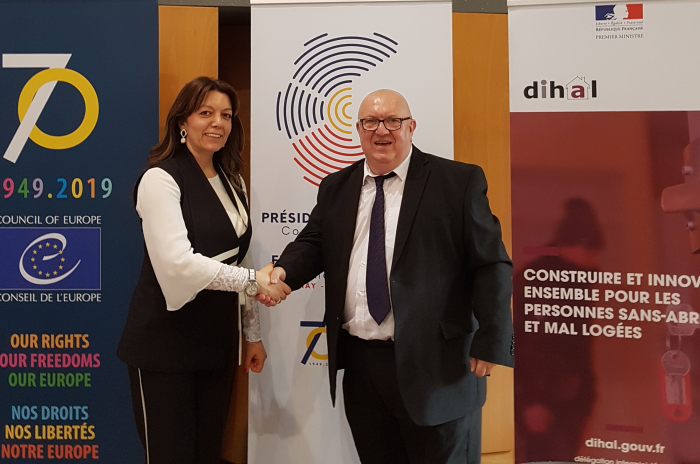 "The fight against anti-Gypsysism is an ongoing battle, but we are on the right track to win it," declared John Warmisham, Congress spokesman, at the meeting of the Ad Hoc Committee of Experts for Roma Issues (CAHROM) on 11 June 2019 in Toulouse, France.

"Local and regional authorities are aware of the problems relating to the exclusion and discrimination of Roma and are taking concrete measures to address them", he asserted, stressing that "guaranteeing Roma rights is a responsibility of public authorities, which have the means to ensure their integration and security". He recalled the importance of promoting positive images of Roma as full citizens, as well as local initiatives for Roma inclusion such as training, educational funds, vocational training for adults, and incentives for local companies to hire Roma. These initiatives benefit both Roma and municipalities.

John Warmisham welcomed the action of the European Alliance of Cities and Regions for Roma Inclusion, which aims to establish national networks among mayors to exchange models of good practice. The spokesperson highlighted the importance of the Declaration of local and regional elected representatives against anti-Gypsysism, signed by 122 local and regional elected officials from 34 countries, taking a stand against discrimination against Roma. Finally, Mr. Warmisham greeted the applicants of the Dosta Congress Prize for Municipalities, which rewards commitments in favour of Roma inclusion, whose growing number and geographical diversity show that "more and more municipalities are inclined to enter the fight against the discrimination and exclusion of Roma".