Like some other cities in Belgium, Ghent offers a camping site to people who still live a nomadic lifestyle. Traveller families can stay for several weeks at the site before they move on. For children of travelling families, however, it is hard to obtain even basic education. “Lots of these children were illiterate”, says Olivier Clauw, a Ghent official involved in the project, lining out the motivation of the city react: “We from the city of Ghent think that, no matter where you come from, everybody has the right to decent education.”

Therefore, the city installed a container class on the traveller site, where children are taught in Dutch, French or English how to read and write, and how to keep their concentration longer when confronted with challenging intellectual tasks. “Now, also parents are asking to receive further education, so we can say it’s quite a success”, says Mr. Clauw about the project. A cooperation with Ghent University and its teacher training programme enables the city to keep the project running even in time of budgetary constraints.

But the city is not only home to Travellers but also to “regular” migrants, Roma families from other European countries, fleeing poverty and seeking a better future, who often face a harsh environment when it comes to education, employment or housing.

In order to overcome their difficulties, Ghent trained school mediators who have an intra-European migration background themselves, along with “normal” school mediators. “The main goal of these mediators is to be like a bridge between the children and their parents and the school team”, say Ms. Erika Mikova, who is a mediator in a primary school herself. Not only do the mediators help parents to overcome communication barriers and keep track of what the children are doing at school, the parents are also invited to participate in school life: “We are a very open school, parents can participate in the school, they are all welcome in the classroom and we’d like them to participate.”

But the mediators don’t stop there, they also help children to participate in community life after school by getting them into sport clubs, music schools and similar activities. These mediators between families, the neighbourhood community and the school team are therefore called “bridge figure” (“brugfiguur”). 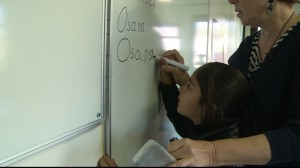 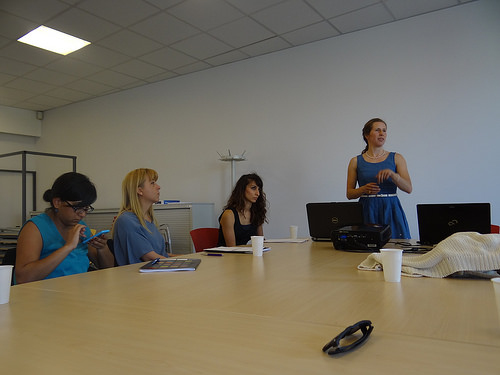 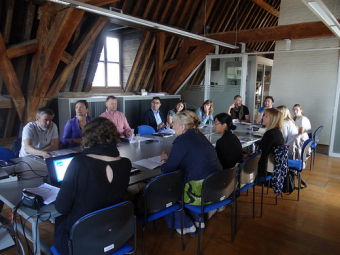